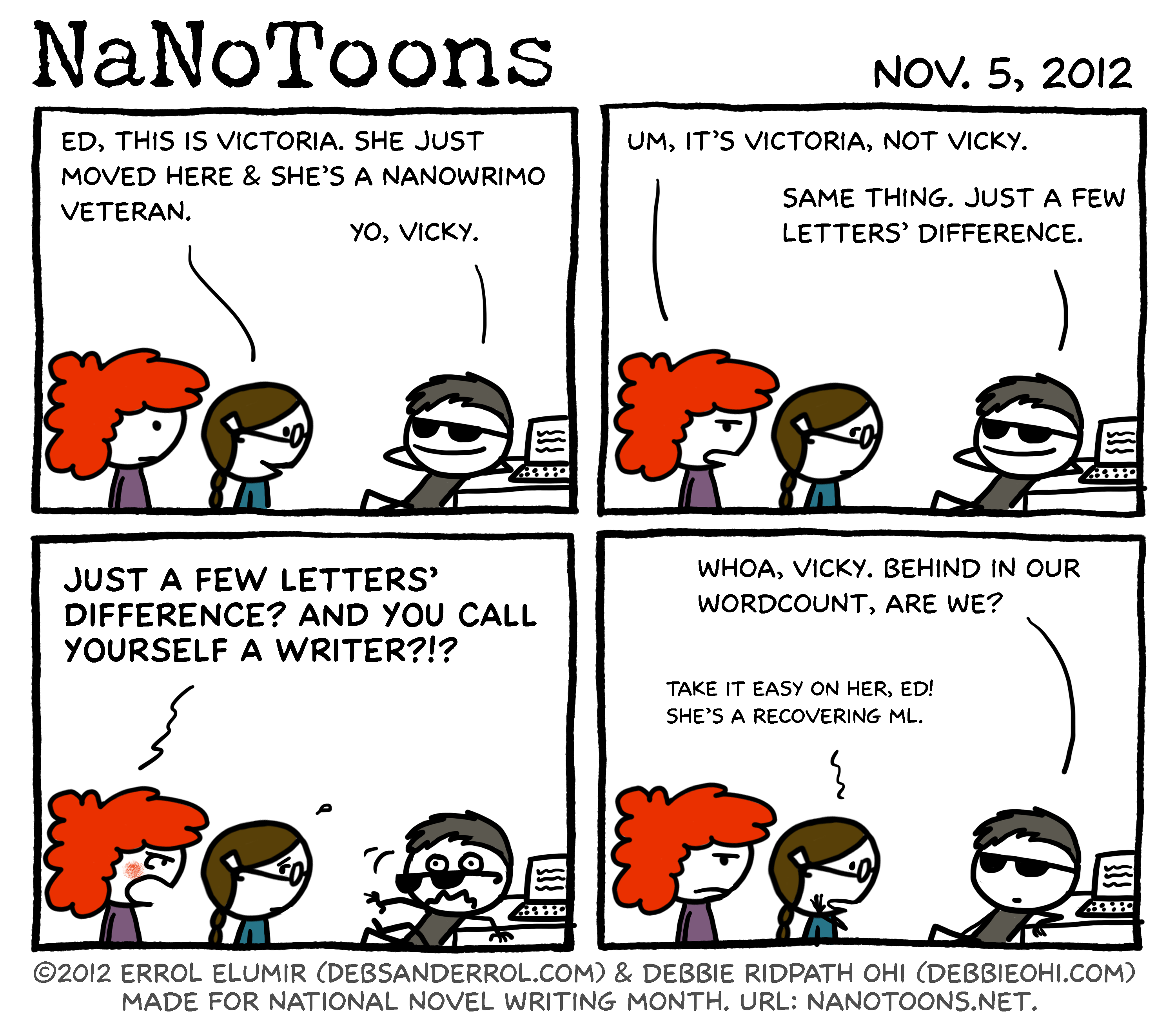 Errol: I’m hanging about in chat in my local region, and then someone was mentioning they were waiting until midnight. It took me ten minutes to clue in to the fact they were waiting till midnight because they wanted to see the comic. And then I realized, “Hey, I didn’t post it.”
So I madly rushed to put it up! So sorry guys it’s 5 minutes late!
Who waits till midnight? I just assumed people read it in the morning!
Oh, and by the way, Happy Birthday KaliaFerret! 😀
Debbie: Great to hear from Bessie, Drew, Paige, Kathrine, Kat, Emaria & others in comments after the last comic, who have been doing NaNo when they were teens (or who ARE teens).
For fellow NaNoRebels out there who are writing picture books in addition to novels: PiBoIdMo (Picture Book Idea Month) registration is open until Nov.7th. Also, aspiring kidlit/YA writers & illustrators should check out KidLitCares, where editors / agents / writers / illustrators are donating talent to an auction for raising funds to help Red Cross post-Sandy relief efforts.