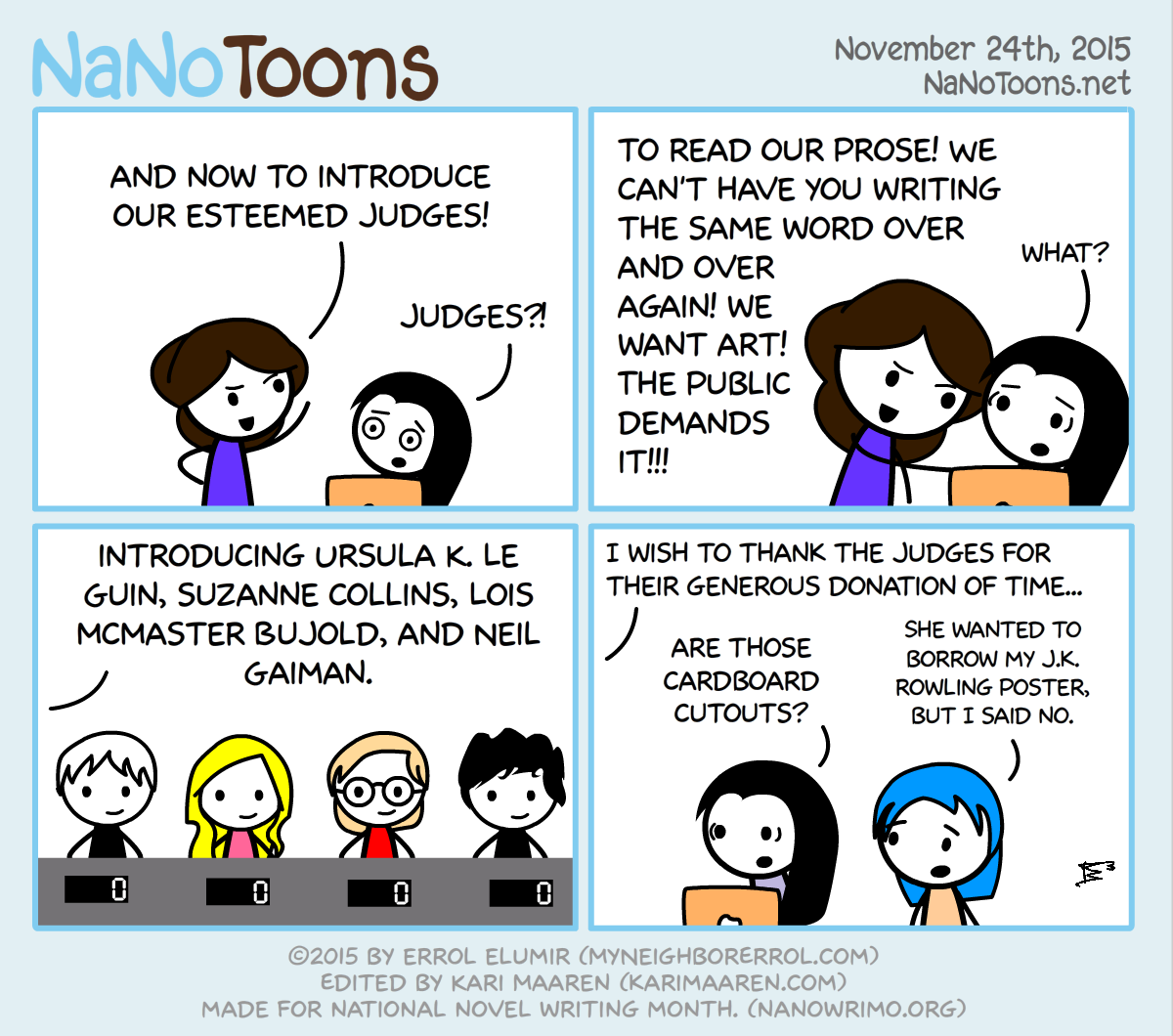 Picking authors for this was hard. I was going to include a manga author as well, but I figured the ones I chose were already so esoteric most people wouldn’t get all of them. I probably could have made Neil Gaiman’s hair more poofy. 🙂
And huzzah! Facebook likes has surpassed 1100! It was at 1099 for such a long time. Not that I worry about likes, I just wanted round numbers. Of course it’s at 1101 but that’s ok.