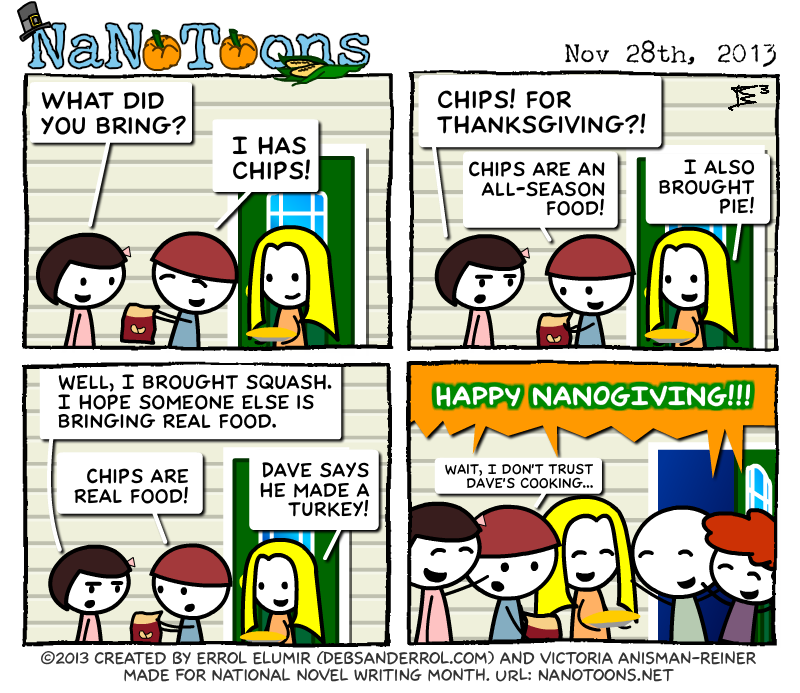 Errol: For those that noticed, this comic is also written by Vix who normally edits them. I had another comic done, but she didn’t like it, and I didn’t like it either. I forgot when American Thanksgiving was so I wrote the script without it in there. She suggested this one and it was good! 😀
And I CAUGHT UP! HUZZAH! Well, when this comic is released, I’m not, but I am caught up to the proper amount of words and it feels good! ^_^